Ancillary Equipment for Injection Moulding in South Africa, supplied by Mould Base SA. 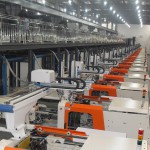 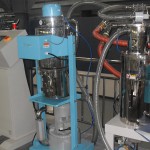 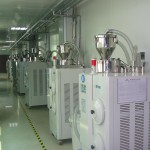 There are three different types of robots available to choose from. The first is the Swing- Arm Robot; the second is the Single Axis AC Servo Driven Robot and the last is the Three/ Five Axes AC Servo Driven Robot. All three of them have good features.Three axis servo driven beam robots are becoming increasingly popular with manufacturers wishing to improve productivity and produce high quality parts whilst reducing costs.

The modern servo robot is easy to program and is very versatile for unloading finished parts, performing post moulding operations and placing inserts into moulds before moulding the part. It is now possible to load inserts, remove completed mouldings and perform additional work on the parts while the next cycle is taking place.
Robots reduce the risk of mould damage caused by mouldings not falling out or not being hand picked by an operator before the next cycle takes place.
Robots can also stack and pack components reducing the labour required to do this task. They can also present components to heat guns or jigs which could perform cutting or trimming operations.
Cycle times are normally reduced when a robot is used and consistent cycle times are achieved which normally improves the quality of the parts.
Robots can also pick up runners and parts simultaneously and release the runner into either a box or a granulator beside the  machine. This also reduces labour costs by eliminating sorting and granulating.
We can supply three or five axis servo or pneumatic robots to suit injection moulders from 100 to 3000 ton clamping force. 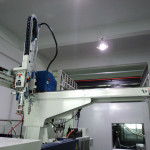 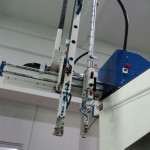 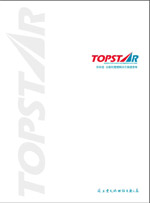